Henri Fantin Latour is best known for his allegorical and still life subjects. Allegorical pieces gave the artist his most fruitful an outlet for his aesthetic concerns, and Still life subjects provided him with the broad appeal that allowed for a comfortable living. Fantin also created several important group portraits in a representational academic style. Works including A Studio at Batignoles (1870, Musée d?Orsay), which portrayed Claude Monet, Pierre-Auguste Renoir and others in Edouard Manet's studio, serve as historical documents today and demonstrate the group with which Fantin found the greatest artistic affinities. Fantin spent much of his later career exploring lithography, and used the medium to enjoy another art form. An enthusiast of music, he created highly imaginative prints illustrating the work of Richard Wagner and other Romantic composers. 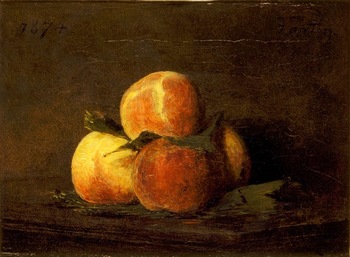 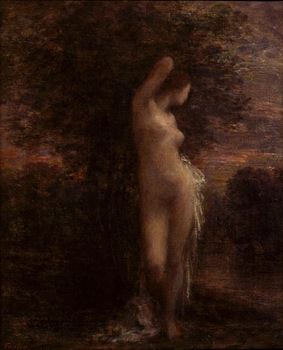