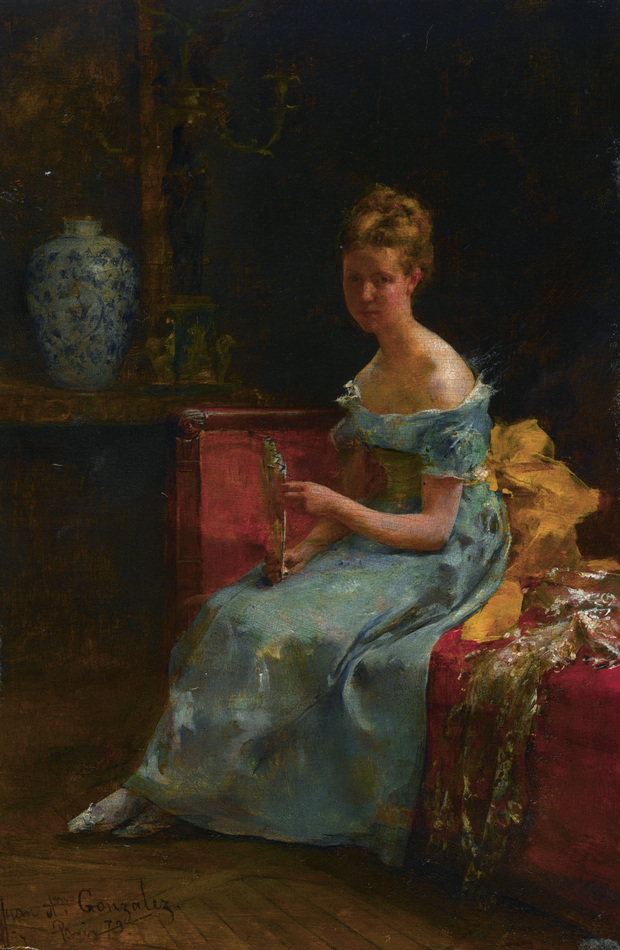 Born in Cádiz, Juan Antonio González studied art under a private a tutor in his youth. He later attended the Cádiz?s Fine Art School, where he was a favorite student of Ramón Rodríguez. González and Rodríguez move to Paris together in 1863, and in 1865 González was admitted to the Ecole des Beaux-Arts where he studied with Isador Pils. Gonzalez made his Salon debut in 1868 and was awarded a third class medal from the Salon in 1876.