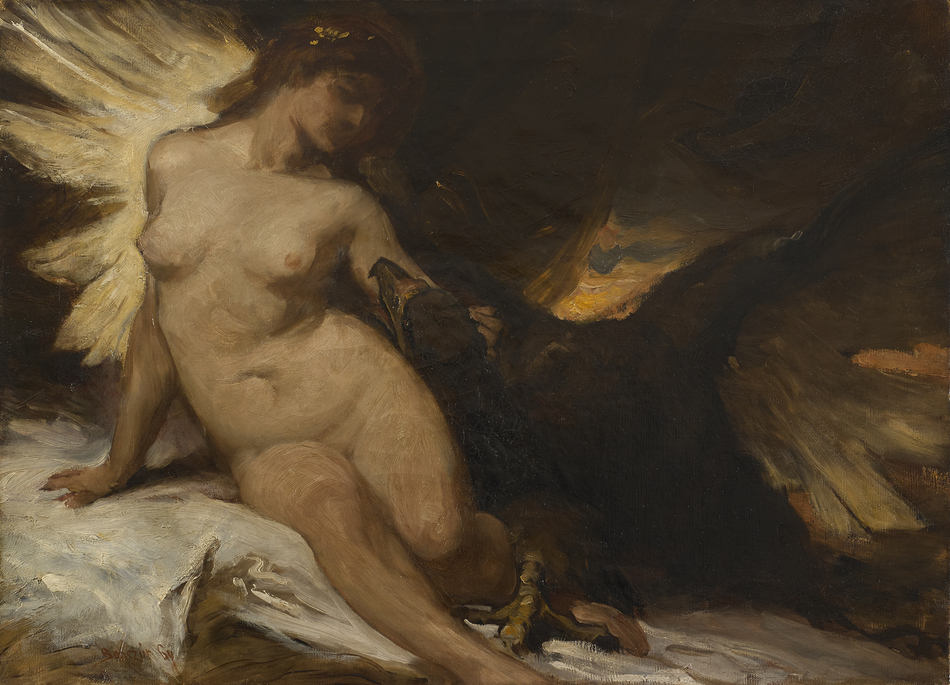 Note:
Emese's Dream, the legend concerning the conception of Prince Álmos, is one of the earliest known tales from Hungarian history. The legend can be tentatively dated to around 860-870, and with certainty to between 820 and 997 (the birth of Álmos and the acceptance of Christianity).
In the legend, Emese, the wife of Chief Ögyek (Ügek), was impregnated by a turul bird. The turul appeared to her in a dream and told her that from her womb a great river would begin, and flow out over strange lands. According to dream interpreters, this meant that she would give birth to a son who would lead his people out of their home in Levedia, and that her descendants would be glorious kings. Emese's son was named Álmos; his name derives from the Hungarian word álom, meaning dream, thus "Álmos" can be interpreted as "the Dreamt One".
The legend has several variants, namely regarding whether Emese was impregnated by the turul bird or whether she was already pregnant at the time of her dream,[2] and whether the bird appeared to her literally or in a dream while she was asleep. Some variations of the legend may have been introduced in the 19th century during the reemergence of Hungarian nationalism at that time.