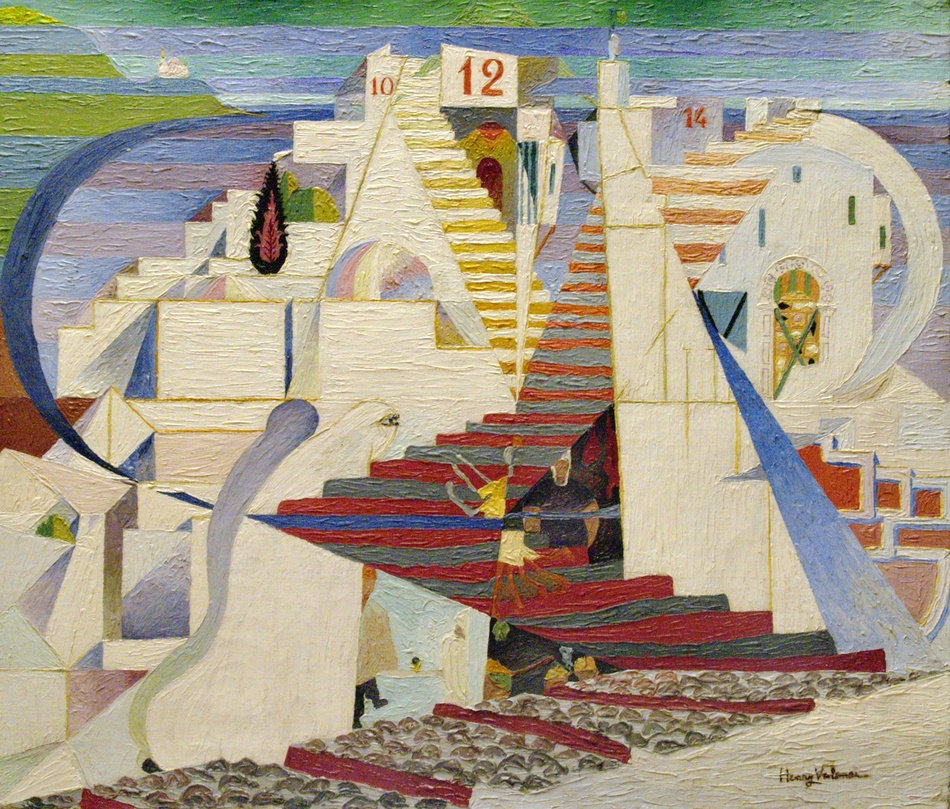 This painting is accompanied by a letter of authenticity by Didier Vallens, nephew of the painter and organizer of an exhibition of Valensi’s work held in Paris, 1999.

Valensi was widely traveled, known for his landscapes painted in all of the capitals of Europe, Russia, North Africa and the near East. The present view of the Casbah of Algiers depicts particularly meaningful locale for the Algerian-born painter. In a letter of 1999, Jean-Luc Vallens, a nephew of Valensi, relates that this painting hung for many years in Valensi’s studio, where he remembers it from his childhood.

Henry Valensi was a dominant artist and theoretician of the Cubist movement. In 1912, he, along with Metzinger, Gleizes, Gris, Léger, Duchamp, Delaunay, Picabia and others, founded the Section d?Or, or ?Golden Section.? The name of the group was intended to draw attention to the mathematical foundations of Cubism and it's connections to Classical systems of spatial organization, and Valensi maintained various manifestations of this basic principle throughout his career. Valensi became best known for his creation of an approach called both ?effusionist? and ?musicalist,? typified by a rhythmic, ?musical? division of the composition and the superimposing of different views of the same motif. His Salons of the Musicalistes, established in 1932, were held in Paris, Prague, Amsterdam, Rotterdam, Budapest, Bratislava, and Limoges.