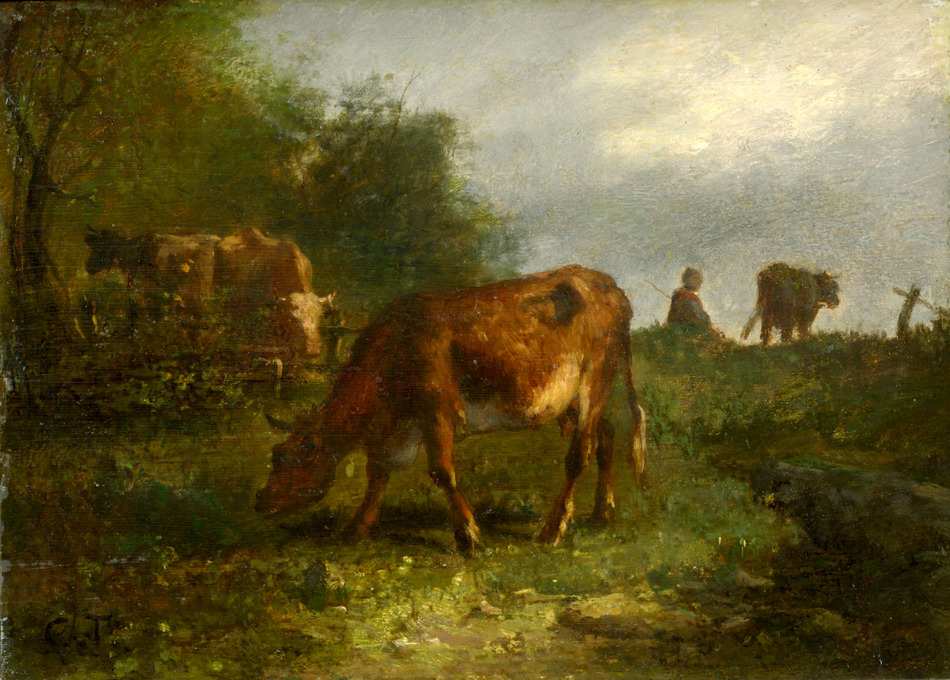 The current painting demonstrates the incredible portrayal that Troyon could achieve with the utmost efficiency of brushstroke and cool, silvery lighting. The grazing cow at the center of the composition is painted with her full weight and volume in just a few strokes of brown and creamy white. Two more cattle stand behind a worn wooden fence at left in the shade of dense trees. Almost obscured in flat, green shadow, the broad planes of their foreheads and hindquarters are highlighted with soft light. At right, the horizon opens to a calm, blue sky and a little cattle tender sits in profile, dressed in a red smock, watching another heifer who looks into the distance over the hilltop. The work shows that beyond his skill as a significant Realist and painter of animals, his status as a painter who could rival the 17th century models who had inspired him.

The work was once in the collection of Mrs. Paul Moore, an important New York collector of English art and furniture, portions of whose collection have been bequeathed to the Metropolitan Museum of Art and Yale University Art Gallery.