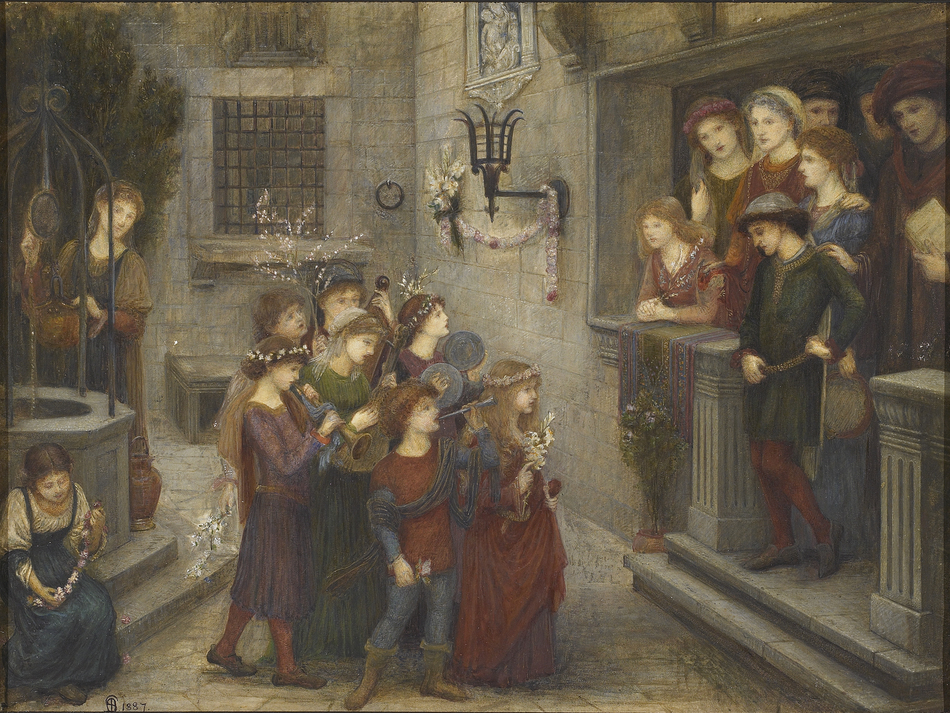 Maria Spartali-Stillman was the most prominent female artist of the Pre-Raphaelite group. Marie Spartali was the daughter of Michael Spartali, the Consul-General for Greece in London and an active patron of the arts. She had her first access to the artistic milieu of the day by way of social gatherings at her family home. When Marie was 19, James McNeill Whistler, George du Marurier, Alphonse Legros and the poet Algernon Charles Swinburne attended a Sunday gathering at her family home, leading Swinburne to write, ?She is so beautiful that I want to sit down and cry.? Moving in such circles awoke Marie?s desire to paint and she soon began studies under Ford Madox Brown. Her striking appearance also made a sought-after sitter and she modeled for Rossetti, Ford Madox Brown, Julia Margaret Cameron and Spencer Stanhope. Spartali Stillman?s artistic career spanned five decades, and during her career she embraced Pre-Raphaelitism, Aestheticism, and landscape painting of the Italian School. She exhibited at the Royal Academy, Society of British Artists, New Watercolor Society, as well as Grosvenor Gallery and the New Gallery.