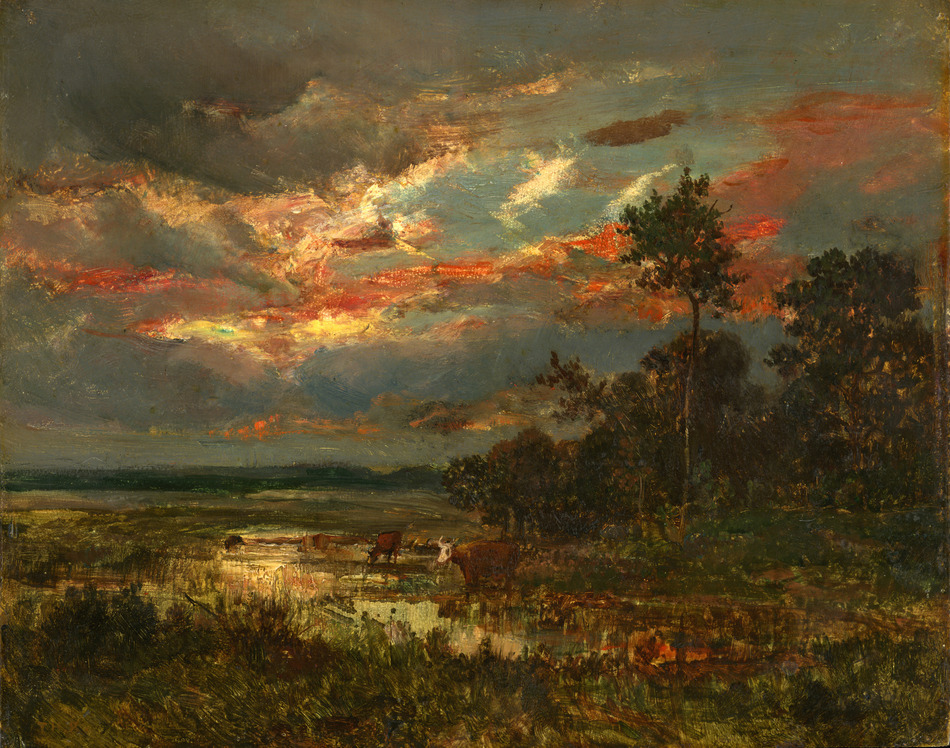 This work is accompanied by a certificate of authenticity from Michel Schulman.

La Mare au Crépuscule clearly demonstrates the Romantic tendencies in Rousseau’s work. Despite the immediate association of the Barbizon painters with the rise of Realism in the middle decades of the 19th century, very personal, almost symbolic images abound in their landscape views. The present work depicts a stormy sky over a marsh at sunset. Light breaks through dense clouds, throwing vibrant red, gold and orange tones across the sky, which are reflected and cooled upon the surface of the marsh water.