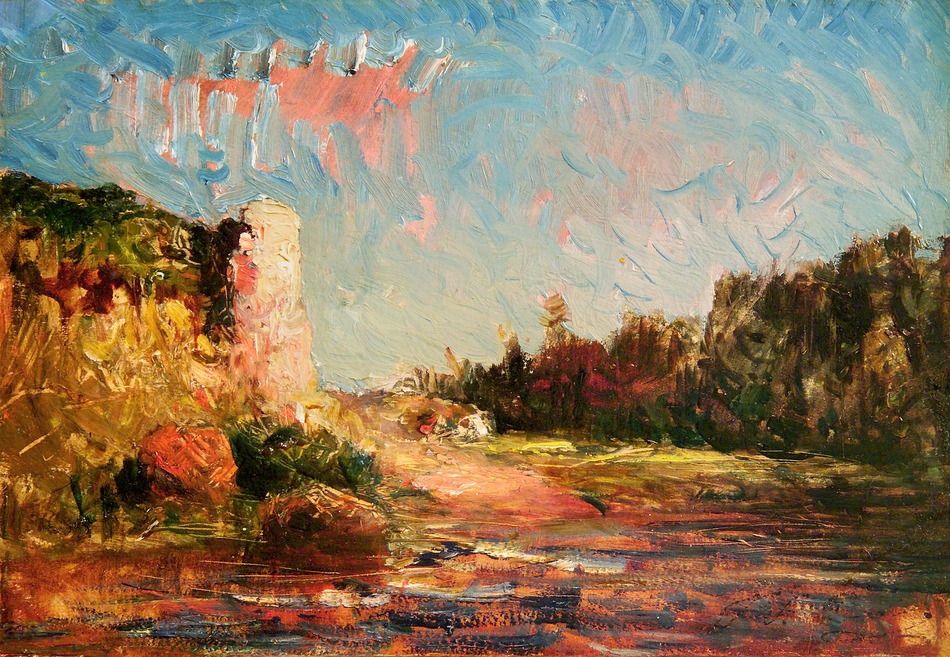 A lover of the dramatic light effects at the sunrise and set, Ravier here paints the crépuscule, or the time of day just after sunset and before twilight. A rocky cliff, at left, overlooks a river basin and the edge of a thick forest. The painting is likely set near Savoie, in the French Alps, where Ravier moved in 1852. The warm evening light highlights the cliff face and ripples in the foreground water, leaving the forest in deep shadow. The landscape is painted with quick, short strokes of the brush, leaving large areas of the ground layer visible. The effect adds to the boiling, orange quality of the light, heightening the scene’s dramatic quality.

Although he was of the same generation as the painters who initiated the Realist movement and he worked at the Forest of Fontainebleau, home of the Barbizon painters, during his early years, Ravier was a painter of a thoroughly Romantic bend. Rather than embracing the growing Realist trend of the middle decades of the 19th century, Ravier has created a body of work that recalls the landscape sketches of artists such as Delacroix or Turner with his vibrant contrasts of color and light and in his quick, almost frantic brushwork.