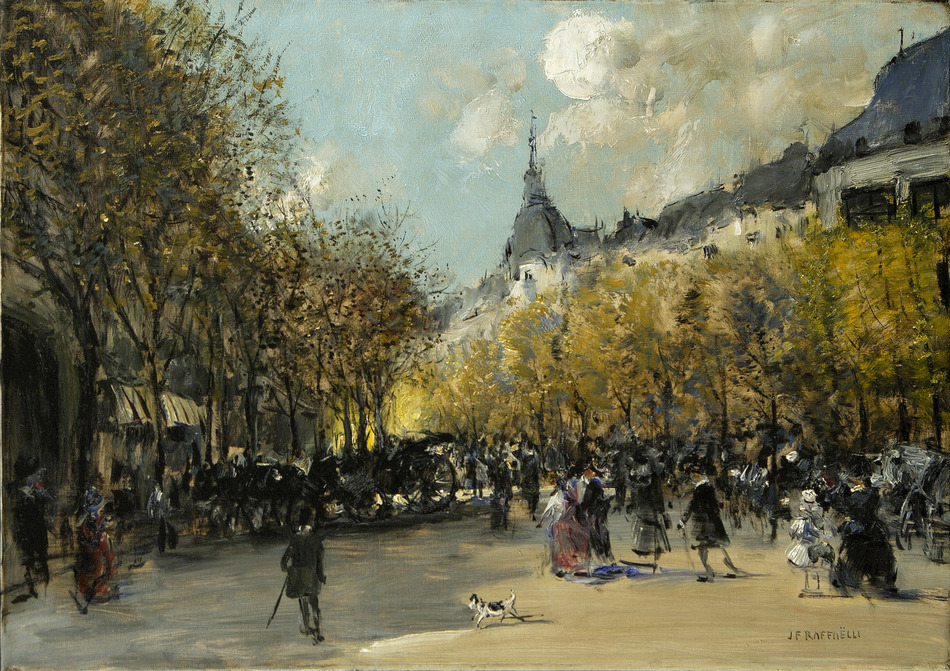 Brame et Lorenceau has kindly confirmed the authenticity of this work.

The present view of the Carrefour Drouot radiates the effervescence and vitality of Raffaëlli’s paintings of Paris. A bright, blue sky and blue-gray rooftops contrast with the orange and gold of the autumn trees. The shimmering light on the clouds, buildings, and foliage plays against the silky blacks of overcoats, dresses and carriages on the level of the street. The shiny strokes of black are punctuated by a girl’s beribboned white dress, the rich red of a woman’s gown, the bright coat of a spotted dog, or blue shadows thrown on the sunlit street. All is painted in quick, short-hand dashes of thick paint that mimic the buzzing quality of the busy street. The strong perspective of the view down the boulevard and burst of bright yellow color at the point where buildings, street and sky meet forces us to enter and participate in the happy movement of the scene.