Beginning in the 1850s, the religious traditions, mystical practices and culture of Pont-Aven gave birth to a new pictorial style in French painting. By the 1880s, numerous artists of a modern tendency worked in the region and adopted vivid color use and created compositions that utilized simplified space with sharply defined forms, influenced by a new interest in Japanese art. Puigaudeau was part of this colony and hence contributed to the birth of the ?Pont-Aven School.? He developed close relationships with Paul Gauguin, Edgar Degas, Theo van Rysselberghe, James Ensor and Emile Bernard. Degas often affectionately referred to Puigaudeau as l?ermit of Kervaudu (Kervaudu being the estate near Nantes where Puigaudeau settled after the break-up of the Pont-Aven group), and the two painters exchanged letters throughout their lives.

Puigaudeau?s distinctive impressionistic style is evident in his variations of color and depictions of light. Throughout his career, Puigaudeau maintained a systematic search for vivid, luminous color. Following this interest, he chose subjects that would allow him to play with the extremes of color and light: sunsets, fireworks, candlelight, and the transitory effects of flickering sun or moonlight on water or windy fields. In each case, the fleeting effects of light and color are his true subject. Puigaudeau claimed to believe in ?color above all else,? and his scenes sparkle with vivid shades of blue, green, gold, and red. 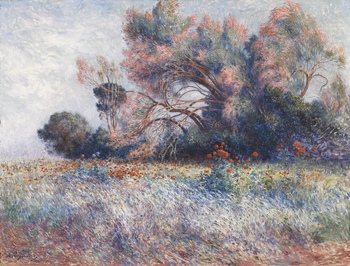 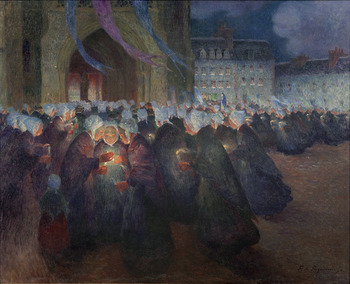 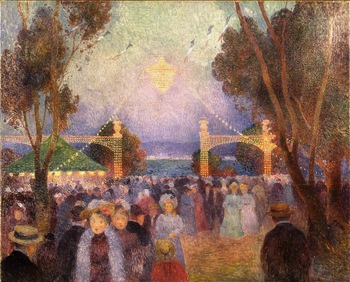 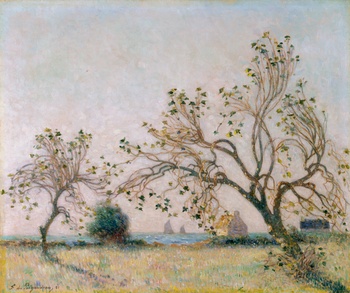 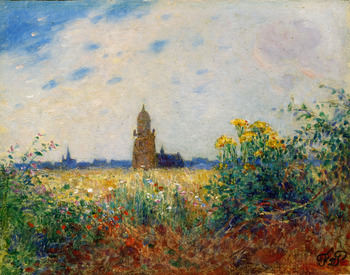 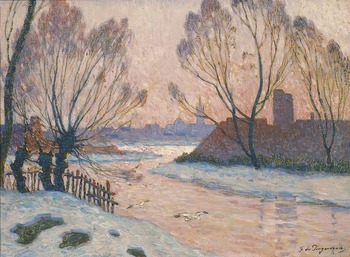 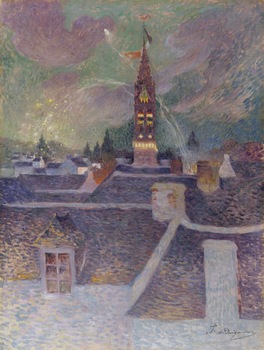