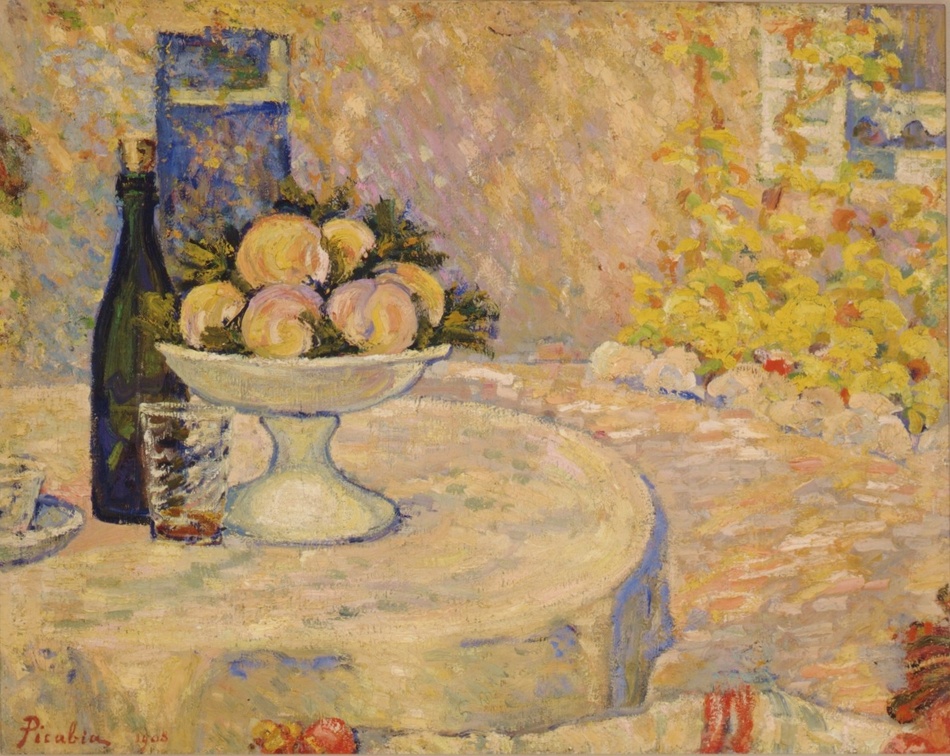 Still life in the Garden

The authenticity of this work has been confirmed by the Comité Picabia.

The present work demonstrates an interesting and phase of transition in Picabia’s production. The year 1908 represents the full realization of Picabia’s neo-impressionist mode and the subsequent integration of fauvist and cubist methods. Still life in the garden is an example of his neo-impressionism at its most pure phase: forms are expressed with lively, wet brushwork, thick impasto, and vibrant color. In the foreground a porcelain dish filled with fresh peaches sits upon a tabletop. An empty wine bottle and a short glass with a residue of red wine sit next to it, and a tea cup is placed at the edge of the table, only half-visible within the confines of the composition. Brilliant sunlight fills the scene, which is set in a courtyard as is evident from a shaded, blue doorway at left and the colorful vines climbing up a windowsill at right. The image is painted in thick swirls of yellow, orange and sky blue that add to the impression of a shimmering summer afternoon.