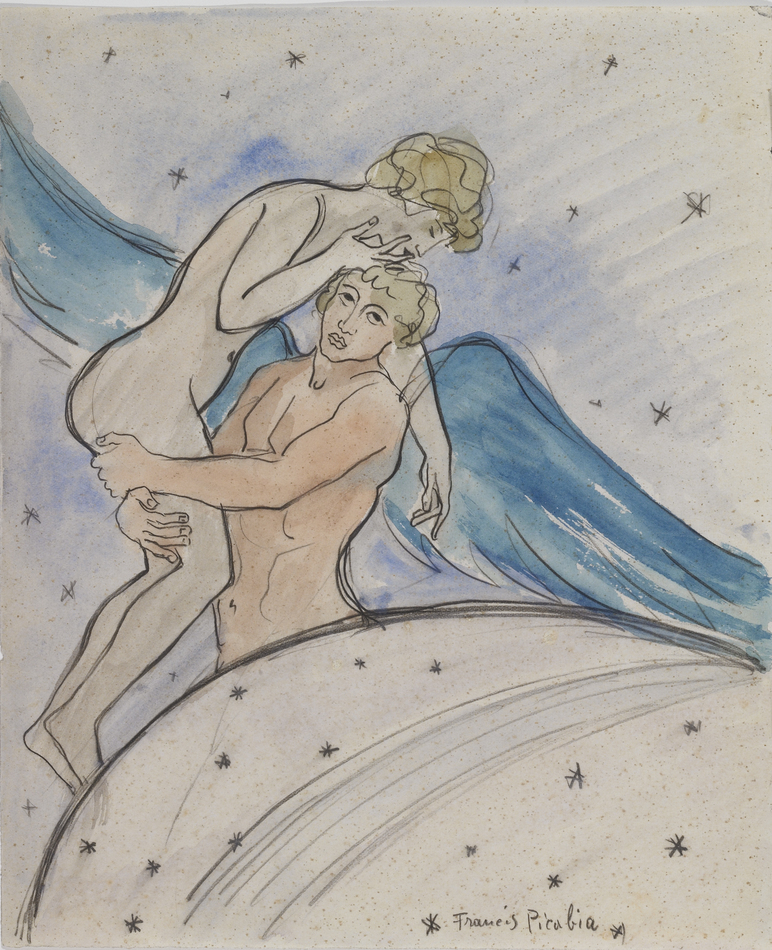 This work is in the archives of the Comité Picabia as number AID 3637.

This work was purchased from Madame Germaine Picabia by Marion Mason Peter of Lake Forest, IL. Ms. Mason Peter was a friend of Sylvia Beach of Shakespeare and Company. In fact, Sylvia Beach shipped a case of copies of James Joyce’s Ulysses to Ms. Mason Peter for illicit distribution in the US, and Ms. Mason Peter helped to finance Shakespeare and Company. In Ms. Peter’s collection notes, she says: "Two other drawings by Picabia, still unframed, were purchased by me from Madame Germaine Picabia in Cannes. $15. One is a self-prtrait [sic], in ink, made on holiday, during bad weather. The other is a sketch of a favorite model." The present work is described as a sketch of ‘a favorite model’, and this description could refer either to the person of Picabia’s model, or to this motif as a favorite design. Picabia used variations on this motif of a woman whispering into the ear of a male figure in other works, including his 1924 Thermomètre Rimbaud.