Peruvian born to Irish parents, Albert Lynch is actually more closely tied to the French genre artists of the late nineteenth century. He was primarily known for is exquisite portraits of beautiful young women composed with exquisite sensitivity and romance. His portraits, such as the present work, often have an engaging sweetness and subtle sensuality that make them highly desirable.

Lynch studied at the Ecoles des Beaux-Arts in Paris under the tutelage of Gabriel Ferrier who was well known as a Pre-Raphaelite painter, as well as under Henri Lehmann and Jules Noël. He exhibited regularly and won a third place medal in 1890, a first place medal in 1892 and a gold medal at the 1900 Exposition Universelle. He was made a Chevalier de la Legion d?honneur in 1901. 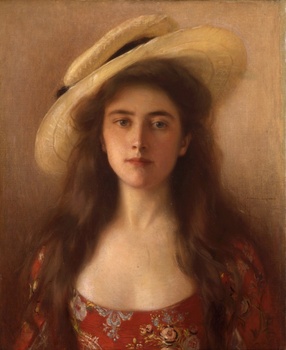 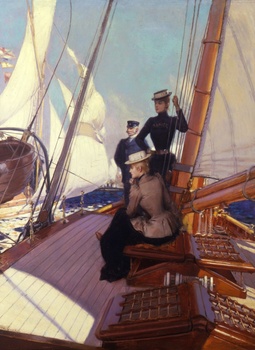