Gustave Loiseau was born in 1865 to a family of small butcher shop owners. His family moved to Ile-Saint-Louis in Paris while Gustave was still a young child. After becoming convinced that their son would not follow their plan to make him a tradesman, his parents agreed to let him take an apprenticeship with a decorator who was a friend of the family. In 1881 his parents sold their business and retired to the countryside in Pontoise near Paris. The town had been depicted by such artists as Pissarro and Cezanne, and perhaps this is what inspired the young Loiseau to leave his apprenticeship at the age of 19 and to pursue training as a painter. In 1887 he received an inheritance that helped him to establish himself in Montmartre, first in the rue Myrrha and then at La Maison du Trappeur. He enrolled for one year in the Ecole des Arts-Décoratifs in 1888 and followed courses in life-drawing.

During his decorative apprenticeship, Loiseau had done work on the apartment of the landscape painter Fernand Just Quignon. After an argument with an instructor ended in his departure from the Ecole des Arts-Décoratifs, Loiseau turned to Quignon for instruction. He spent months at Quignon?s studio, but eventually felt disappointed in the approach and methods of his mentor. He decided to go on his own and sought an attractive and inexpensive location where he could concentrate on landscapes and follow his personal inclinations. On the advice of Quignon, Loiseau travelled to Pont Aven for the first time in May of 1890. He befriended the myriad of artists in residence there, most importantly Paul Gauguin, as well as Maxime Maufra and Emile Bernard. Loiseau developed a type of 'cross-hatched' technique, called en treillis (latticework), which gave his paintings the supple, almost touchable quality for which he is known.

He debuted at the Salon des Indèpendants in 1893, and in 1895 at the Salon of the Société Nationale at the Champs du Mars. He also figured prominently at the group Impressionist shows in 1890 and 1896. 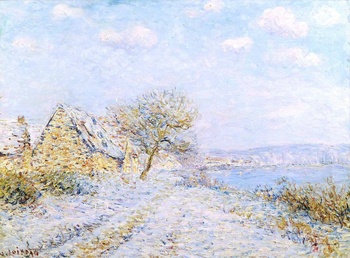 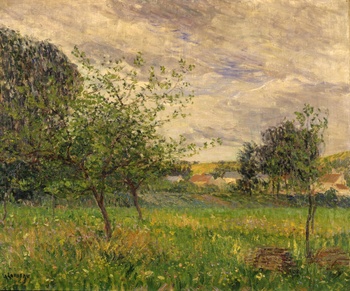 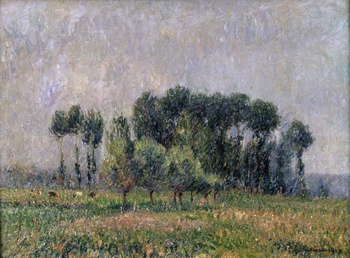