Initially self-taught, Stanislaw Lépine became a pupil of Jean-Baptiste Camille Corot. Although Corot was his master, it was Johan Barthold Jongkind who inspired Lépine to paint shipping scenes, the subject for which he is most known.

Lépine made his Salon debut in 1859. Like many of his contemporaries, he experienced the frustration of unpredictable acceptance and rejection at the annual Salons, and when he was invited to exhibit in the first Impressionist exhibition, he showed three paintings. The boldness of the Impressionist movement had only a marginal effect on this poetic artist, who preferred a subtle palette and softer brushwork than many of his co-exhibitors. Indeed, contemporary writers on Lépine all seemed to highlight three main qualities in his work: subtlety, delicacy and poetry. Lépine divided his time between Paris and Normandy and favored themes of the banks of the river Seine, the picturesque streets of Montmartre, and the ports of Caen and Rouen. He received an honorable mention at the 1889 Exposition Universelle. Today his place in art history is acknowledged as one whose art helped to educate the eye of the public towards a better understanding of Impressionist ideology. 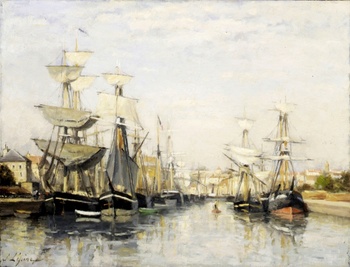 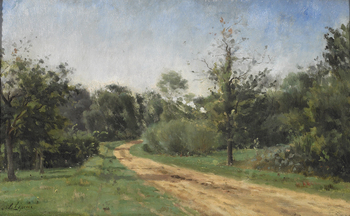 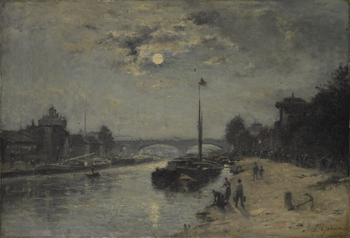