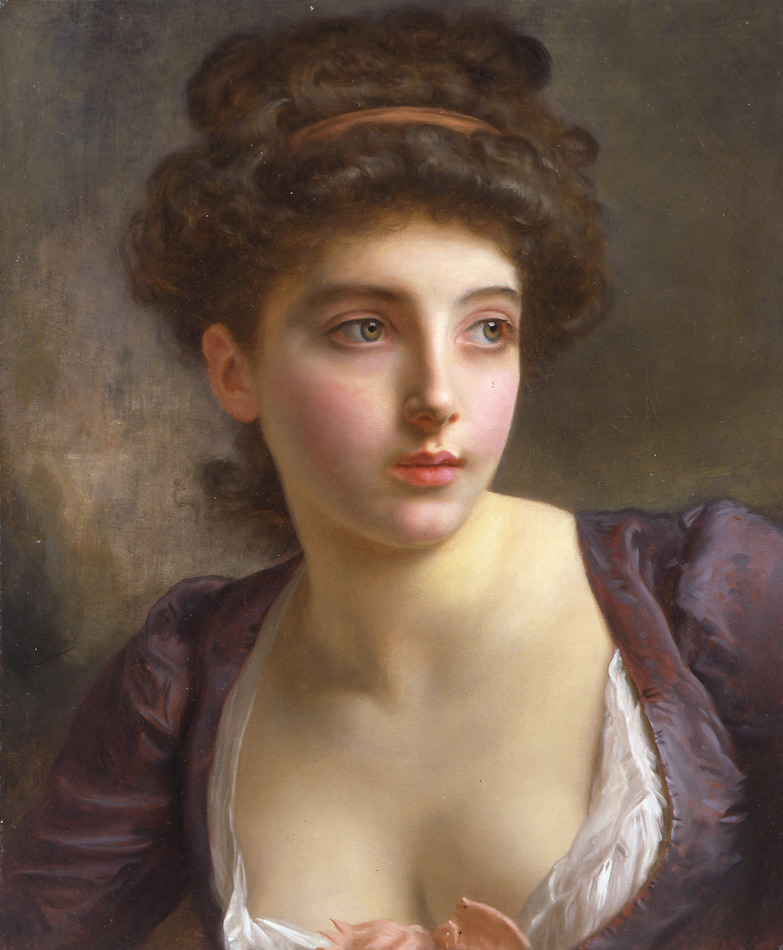 Jacquet’s mastery of a supremely delicate, yet highly finished style, as well as his blend of present and past eras are clearly evident in A Court Beauty. The work is a bust-length portrait of a young woman dressed in late 18th-century costume. With a serene expression, she glances away from the viewer. Her wavy hair is pulled back off of her face and shoulders, accentuating the soft lines and clean tones of her cheek and long neck. A violet silk dress with plunging bodice exposes her fleshy décolletage, further revealing the artist’s ability at recreating the translucency of flesh and the soft texture of fabric. Despite her 18th-century dress, the expressiveness of the woman gives the painting a unique immediacy and presence. It is this ability to give freshness to such historical subjects that set Jacquet apart from other painters of his generation.