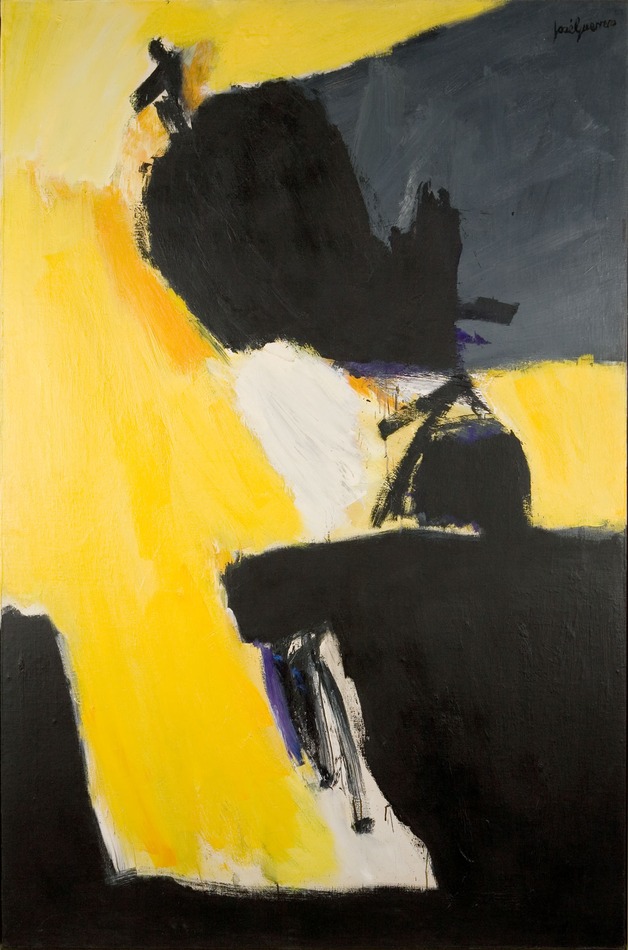 Guerrero moved to NY in 1950 and showed his work alongside Pollock, Still, Newman, Rothko, and Reinhardt at Betty Parsons Gallery through the decade of the 1950s.  Through the latter half of the 1950s, Guerrero's work became more confident, expressive and about the pleasure of painting.  After the beginning of the 60s, a shift in taste caused a change in the Abstract Expressionist movement.  Many of the Abstract Expressionist painters turned to formal concerns and Pop Art replaced Abstract Expressionism at galleries such as Betty Parsons.  It was the necessity of change, caused by this shift in the art world that lead to Guerrero's return to Spain in 1962 and the development of his mature phase during the 1960s.

Guerrero had always been a colorist, from the beginning of his career in the 1940s through to his work from the 70s.  His work was essentially expressionist in nature, and while he worked in modes that were both constructive and deconstructive, analytical and expressive, his essential underlying concern was with color.  This fundamental concern with brilliance and luminosity prevented his work from becoming formalist in nature, and as the American art world changed, Guerrero became only more clear about how he wanted to paint.  Given that his work possessed a lyricism that brought him closer to Motherwell and Klein and the Parisian approach to abstraction, combined with the fact that Pop Art could not take root in Spain, Guerrero returned to his homeland, not as an act of resignation or as a defeated creator, but in order to maintain the vitality of his work.  It is in this context, with the ability to renew his Spanish roots, that Guerrero was able to develop a new manner and a more personal, mature style.  His color became more clean, and his work obtained a depth and sense of contained passion that is essentially Spanish.