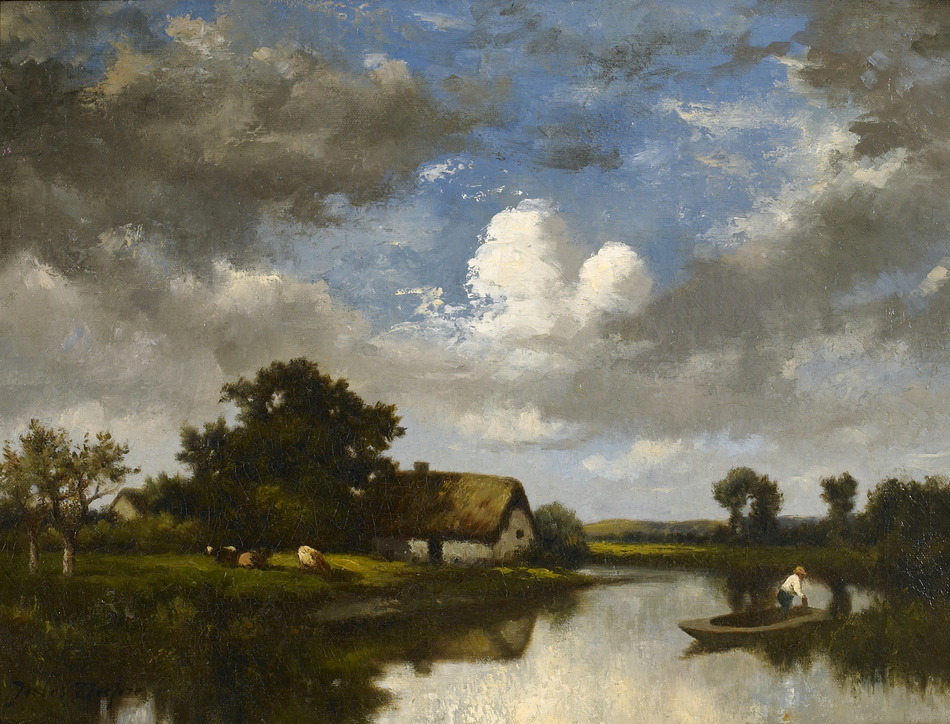 Landscape with figure in a boat

The current work once belonged to William Thompson Walters of Baltimore, MD, whose collection eventually established the Walters Art Museum. Walters began to collect art during the late 1850s, taking an interest in contemporary European painters. At the outbreak of the American Civil War in 1861, Walters took his family to Paris for the duration of the War. With George A. Lucas, a Baltimorean who four years earlier had moved to France, as their guide, William and Ellen Walters toured the major museums and visited artists' studios. Although his income was limited at the time, Walters patronized contemporary French artists much as he had in Baltimore and New York, commissioning works from Gérôme, Honoré Daumier, and Antoine-Louis Barye, among others. Upon his return home after the war he continued to expand his art collection, focusing on two fields, contemporary European painting and Asian art. Buying at auctions in New York, and relying on Lucas in Paris to transact purchases abroad, he specialized in French landscape and historical genre paintings.

It seems that Mr. Walter gave the current work, Landscape with figure in a boat to John H. Schaefer and J. William Schaefer in partial payment, along with a bronze by Barye, for photographic work. The father and son team were prominent portrait and landscape photographers in Baltimore in the late 19th century. They operated the Gallery of Artistic Photography in Baltimore, and the younger Schaeffer made something of a mark by making panoramic views of Baltimore, especially following the great Baltimore fire in the early 1900's.