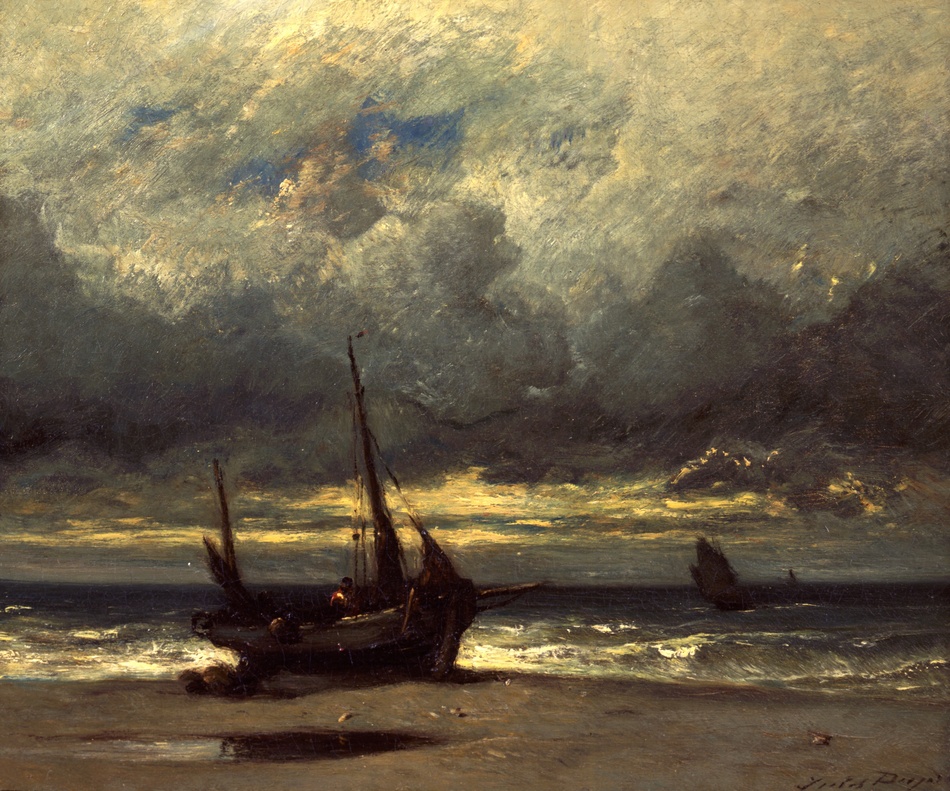 Cf: a very similar work in the collection of the Chrysler Museum, Norfolk, VA entitled Fishing Boat on the Beach, c. 1870.