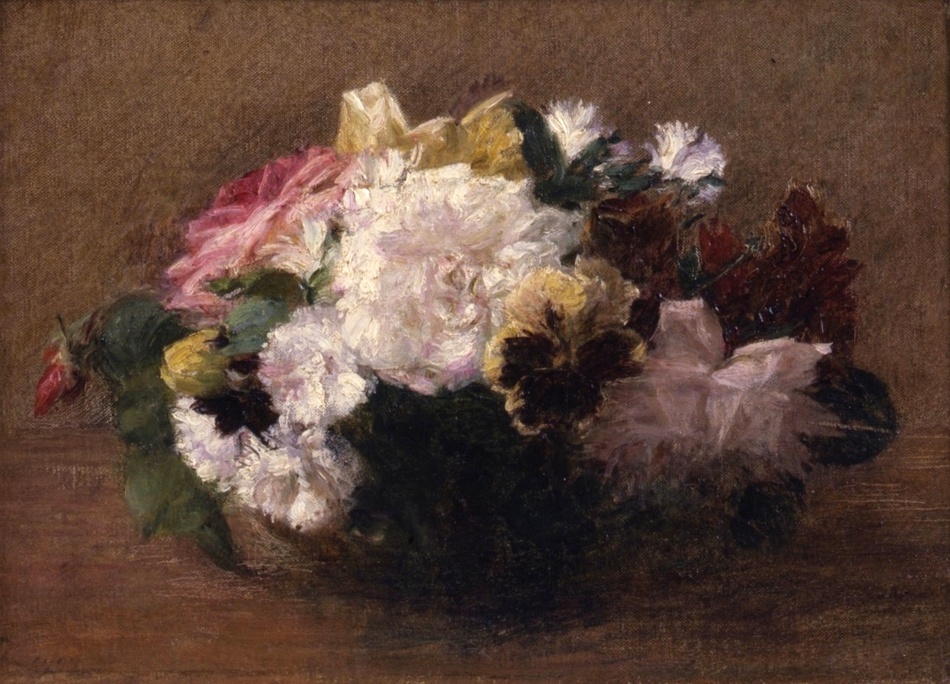 Spring Flowers in a bowl

Perhaps Victoria Dubourg and Henri Fantin-Latour met while they were both copying paintings at the Louvre, or perhaps it was the circle around Manet that brought them together. It is only established that it was in 1866, in Paris, in the middle of the 19th century?s artistic vortex: Degas, Whistler, Dante Gabriel Rossetti, Legros, Morisot, Odilon Redon, Nadar, Monet and Courbet all were working in or around the city of light. Henri and Victoria were in their midst.

Each in their own right, Victoria and Henri established independent careers. Victoria, an avid gardener, excelled in still life painting like her husband. In fact it is said that Henri would use the cut flowers from Victoria?s cottage garden for his still lifes as well. Highly competent, Madame Fantin Latour exhibited at the Salon beginning in 1869. The highly competitive Parisian Salon could encourage the development of an artist or be the demise of a future career, and Dubourg excelled with an honorable mention in 1894 and a medal in 1895. Victoria Dubourg was also recognized in her lifetime with sales to Musee de Luxembourg of Roses (1914, transferred to the Louvre in 1941), and Coin de Table (1903, transferred to the Louvre in 1933).