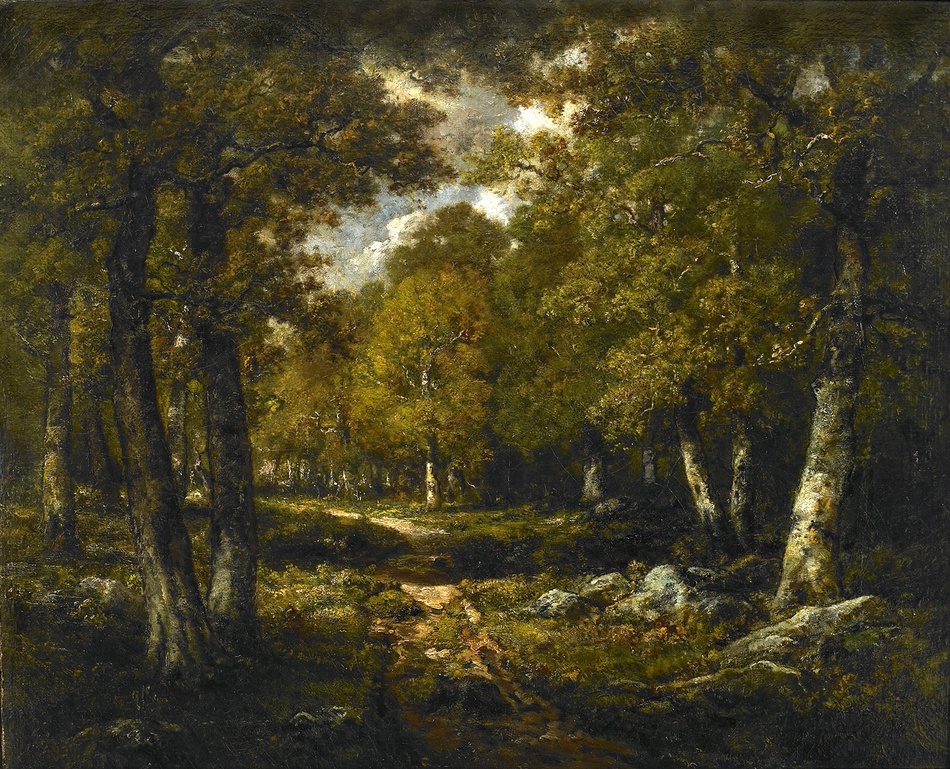 Clearing in the Woods

To be included in the supplement to the Diaz de la Pena catalogue raisonné in preparation by Mme. Rolande Miquel.

The present work belonged to Charles Knox Smith (1845-1916) of Philadelphia. Smith made his fortune in the oil business and participated in the city politics of Philadelphia for over 20 years. In 1901, Smith moved into his newly renovated home in the historic Chestnut Hill section of Philadelphia. The Victorian mansion, originally built in the 1860's provided Smith with the space to actively pursue his avocation: the collection and celebration of art. He died in October, 1916 leaving in his will the following stipulation: "It is my will and desire that the said premises, 9201 Germantown Avenue, together with my collection of paintings, antique rugs, statuary, vases, and objects of art shall be converted into a public museum and gallery...for the use and benefit of the community in which I have lived..." The Smith house and collection became the Woodmere Art Museum. Clearing in the Woods remained in the Woodmere Museum collection until 2010, when it was sold to benefit the Museum Acquisition Fund.