Born in Senlis in 1815, Thomas Couture was encouraged by his shoemaker father, Jean, to become a scholar or academician. Although the senior Couture focused on teaching his son the classics, Thomas grew up with a basic insecurity about his education, and he consistently wavered between a desire to show up authority with his independence, and a need to impress with his erudition. About 1828 Couture matriculated in the École gratuite de dessin at the Conservatoire des arts et métiers on Rue Saint-Martin in Paris. He was inculcated with the ideal of combining art and technology, and later he executed designs for the applied arts and encouraged his students to follow his example.

Couture studied under Antoine Gros (1771-1835) from 1830-1835, and following Gros?s suicide, switched to the atelier of Paul Delaroche (1797-1856). He was officially registered at the École des Beaux-Arts in April 1831. Under Gros and Delaroche he experienced a conflict between loyalty to their ideals and the need to maintain his individuality. In 1839 he struck out on his own.

Couture made a significant contribution to the history of art as an independent teacher, and his eclectic proclivities attracted an international student body. Among his immediate students were the French painters Manet, Puvis de Chavannes, and Desboutin; the Germans Feuerbach, Hennenberg and Gentz; and the Americans Hunt, Johnson and Newman. Since many of his disciples became influential in their own right, one must consider his far-reaching impact on Impressionism, Post-Impressionism (Seurat and Cezanne were admirers), and Symbolism; and through his influence on the teacher of Albert Pinkham Ryder (1847-1917) and on the ideas of the Ashcan School of the early twentieth century. 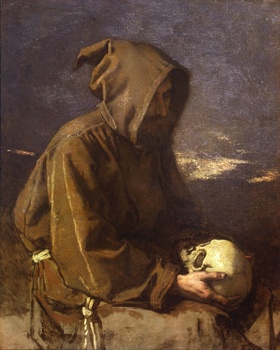 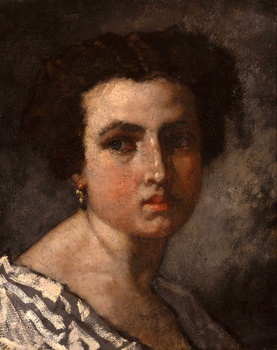