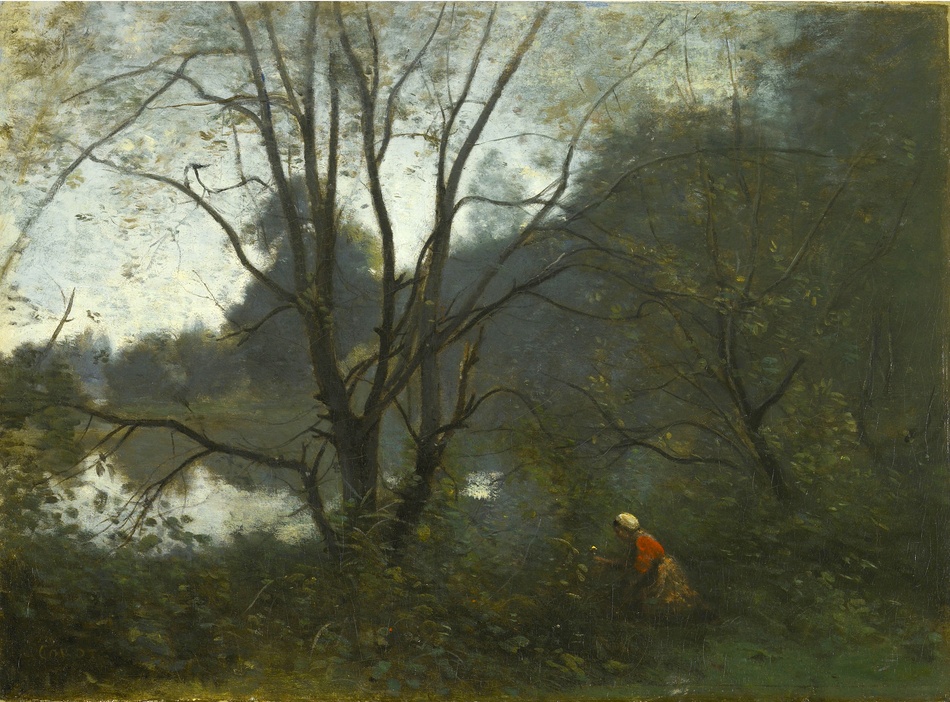 This painting is accompanied by a letter confirming authenticity from Martin Dieterle.

In 1817 Corot’s parents purchased a house in Ville d’Avray; the region would provide subjects for many of Corot’s most recognizable landscape paintings. He painted at Ville d’Avray as early as 1825, before his first trip to Italy, and he returned to depictions of its bucolic landscape after his return to France in 1828. Painted at the height of Corot’s career, the current painting portrays a peasant woman gathering wildflowers from the edge of a pond. The twisting branches of a tree behind her form a strong silhouette against the silvery pond and misty atmosphere, creating a strong perspective into the distant landscape. Corot’s entry to the 1870, which represented another treatment of this same subject, belonged to the well-known collector Catharine Lorillard Wolfe and is now housed in the Metropolitan Museum of Art.