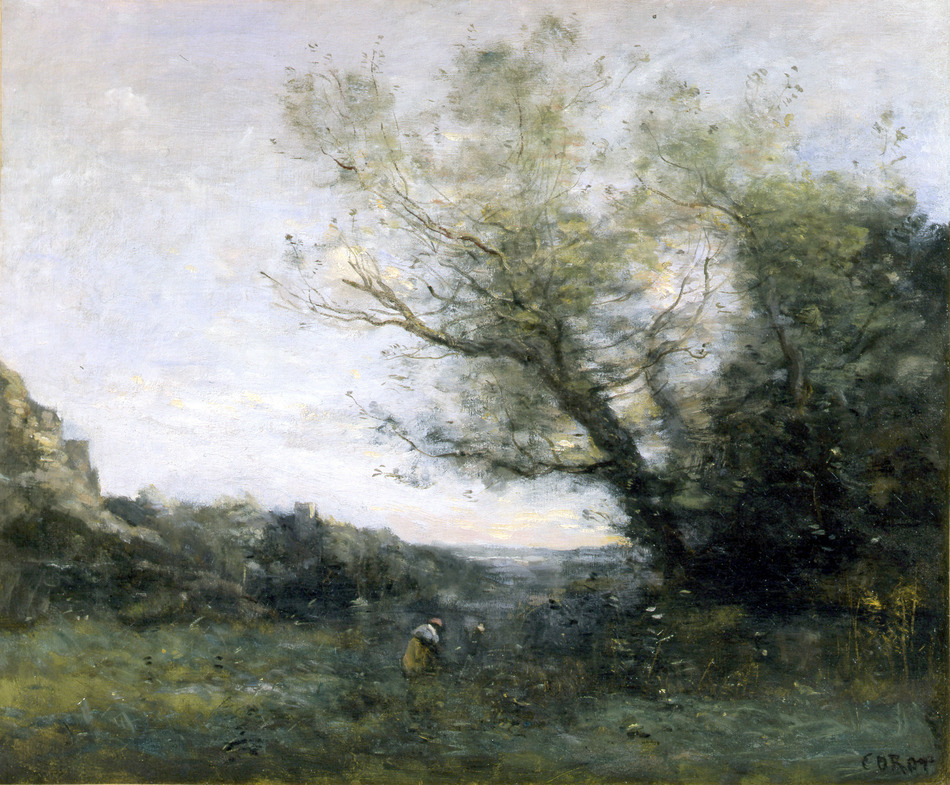 This work is accompanied by a certificate of authenticity from Martin Dieterle and Claire Lebeau and will be included in the sixth supplement to L’Oeuvre de Corot, catalogue raisonné.

It is in the landscapes of the late 1860s that views from Corot’s early trips to Italy lose their bright clarity and take on the misty, silver, poetic quality unique to his “Souvenirs”. The present composition, subtitled La Cueillette, or the fruit harvest, depicts a peasant woman picking berries in a lush, mountainous landscape. She stands in a grassy plateau at the edge of a densely wooded grove, its interior obscured by rich, black shadows. Warm light casts a golden hue on the horizon and on the rocky outcropping that closes the composition at left. The same warm, pale tones define the upper branches of a tall tree that leans out of the grove and closes the view along the horizon, holding the viewer’s eye firmly in the foreground scene. The impression of green, rolling mountains with a vast valley in the distance probably place this work in the Roman Campagna. Just the same, an exact location is not designated, neither in the title of the work, nor in any identifiable structures or features within the landscape. Instead, what is portrayed is an imaginary view, generalized and perfected by the function of memory, and transformed into a symbol of an idyllic Italy.