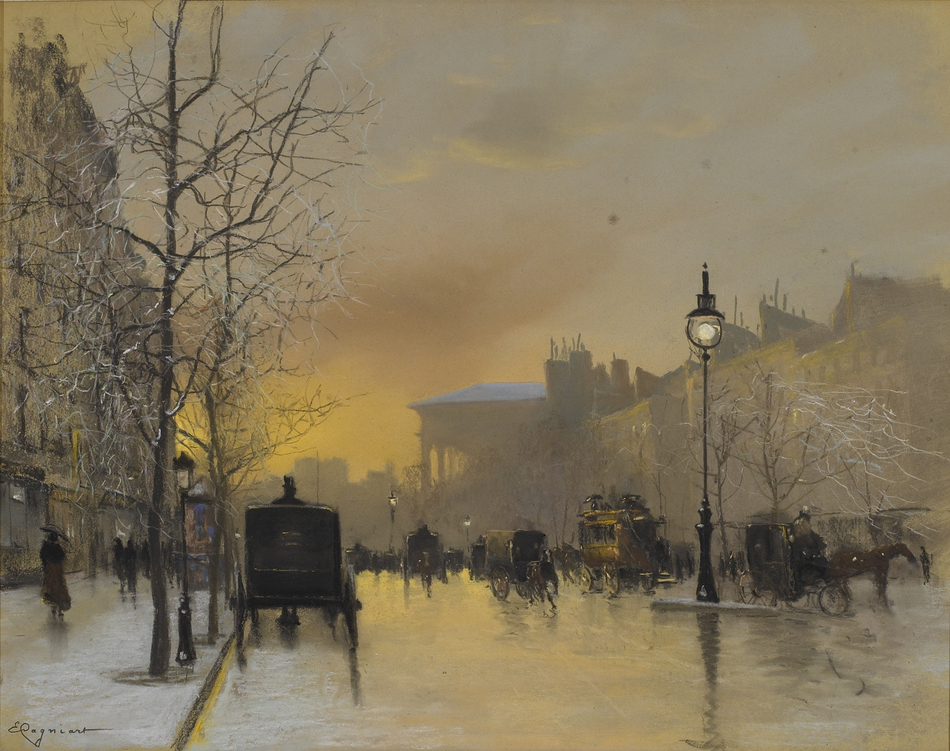 Emile Cagniart was a French academic landscape and Paris Boulevard painter. He is most well known for his Vue du Palais de Justice, which was acquired by the French government, and his views of the Meuse Valley in Belgium. He studied at the l'Ecole de Beaux-Arts in Lyon with Pierre-Désiré Guillemet (1827-1908). Cagniart was well received at his first exhibition, the Paris Salon of 1877. He was later honored by his appointment to the Comité du Salon.