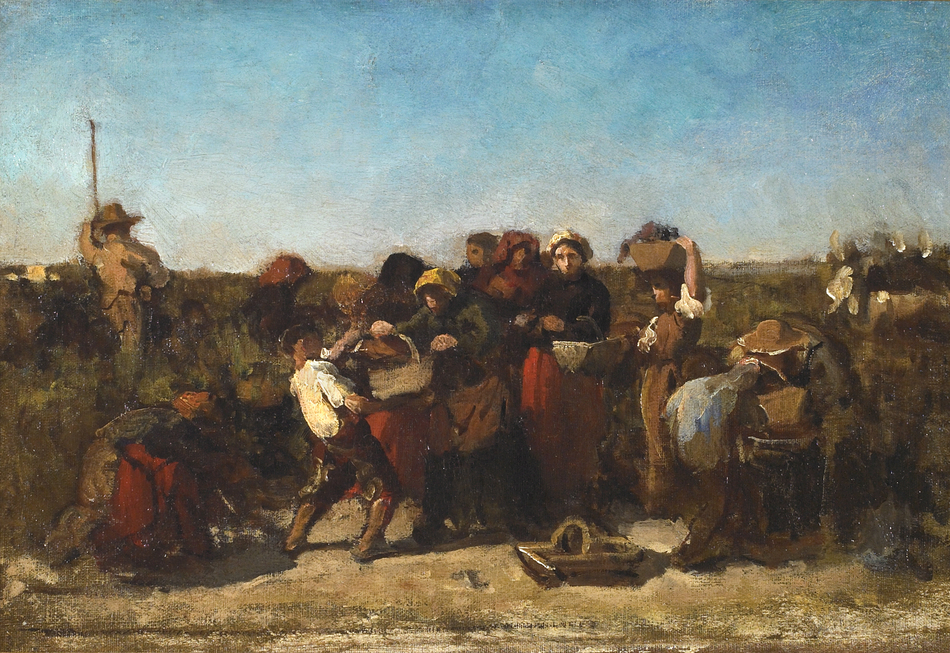 The Vintage at Château Lagrange

This work is a compositional preparatory study for The Vintage at Chateau-Lagrange, 1864, in the collection of the Joslyn Art Museum, Omaha, NE.