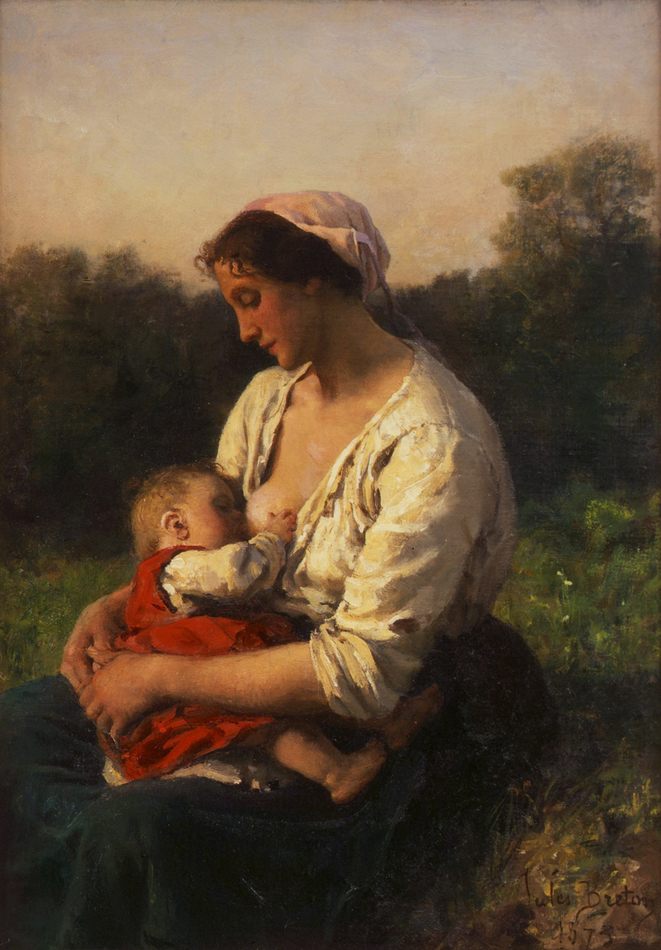 The authenticity of this work has kindly been confirmed by Mme. Annette Bourrut-Lacouture.

Jules Breton focused much of his oeuvre on the rural life in his home of Courrières and of the people and customs that he encountered there. The tender Young Mother nursing her Child, Courrières follows this tendency. In it, a young peasant woman gazes lovingly at her nursing child. Light from the setting sun shines on the mother’s face and cap and gives the image a warm glow, imparting the scene with a significance that makes it a modern, secular interpretation of the Madonna and Child motif. According to Breton expert Mme. Annette Bourrut-Lacouture, the model for the baby in the present work is the artist’s young cousin Jules-Louis Breton (son of Louis Breton and Constance Charlon, born April 1, 1872). The child was 5 months old when Breton made his first preparatory sketches of him for this painting. The same mother and child served as the central figures in a large, multi-figure work entitled “Le Repos des Faneuses” of 1873.