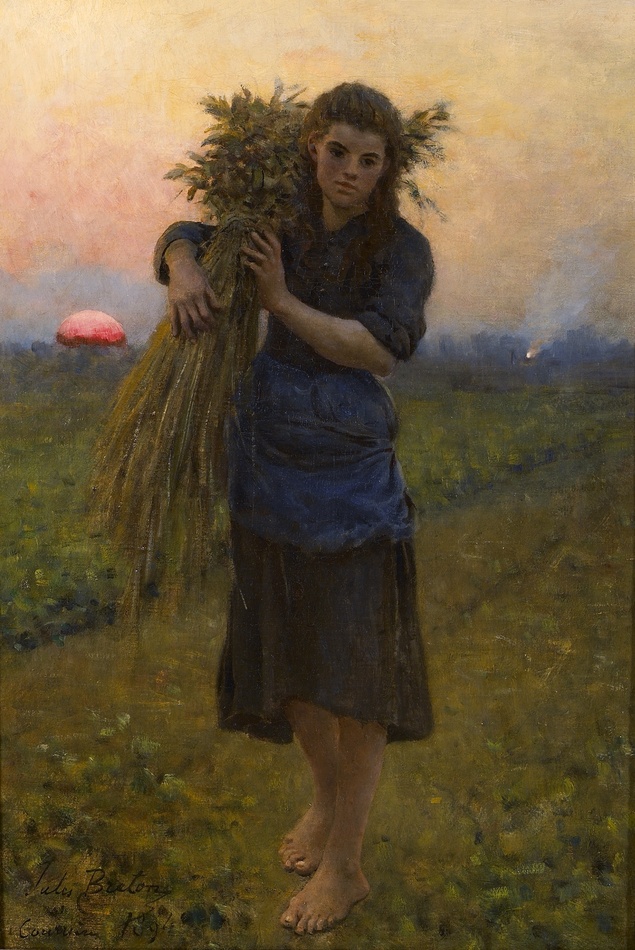 Breton is best known for his large Salon paintings of peasant women gleaning at daybreak and dusk in the fields around his native Courrières. His most famous images, such as The Song of the Lark (1884, Art Institute of Chicago), La Rappel des Glaneuses, Artois (1859, Musée d’Orsay) or Fin du Travail (End of the Working Day) (1887, Brooklyn Museum of Art) each depict women returning from the fields under glowing skies. Breton’s multi-figural compositions of this type often drew upon finished single-figure works, and this is the case with the current painting. Annette Bourrut Lacouture has noted that the young gleaner in our painting was later worked into Breton’s 1895 Salon submission Les dernières glanes (The last gleanings) (1895, The Huntington Library and Art Collection, San Marino, CA). In the later painting, she appears walking immediately behind the main gleaning figure, and her face is turned in a more three-quarter view as she looks at the woman ahead of her. Still, the relationship between the two works is unmistakable.