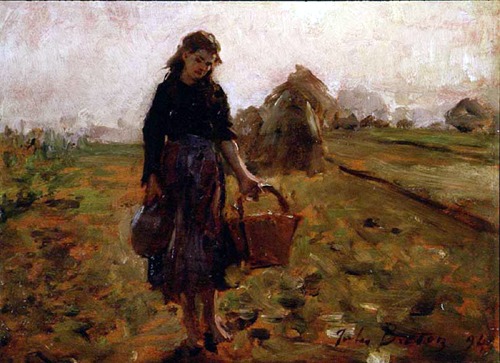 This painting is accompanied by a Certificate of authenticity from Annette Bourrut Lacouture and will be included in the forthcoming Catalogue Raisonné of the painter’s work.

In the final work, a girl of about the same age carries wheat instead of a jug and a basket, and returns from the fields among a group of women.