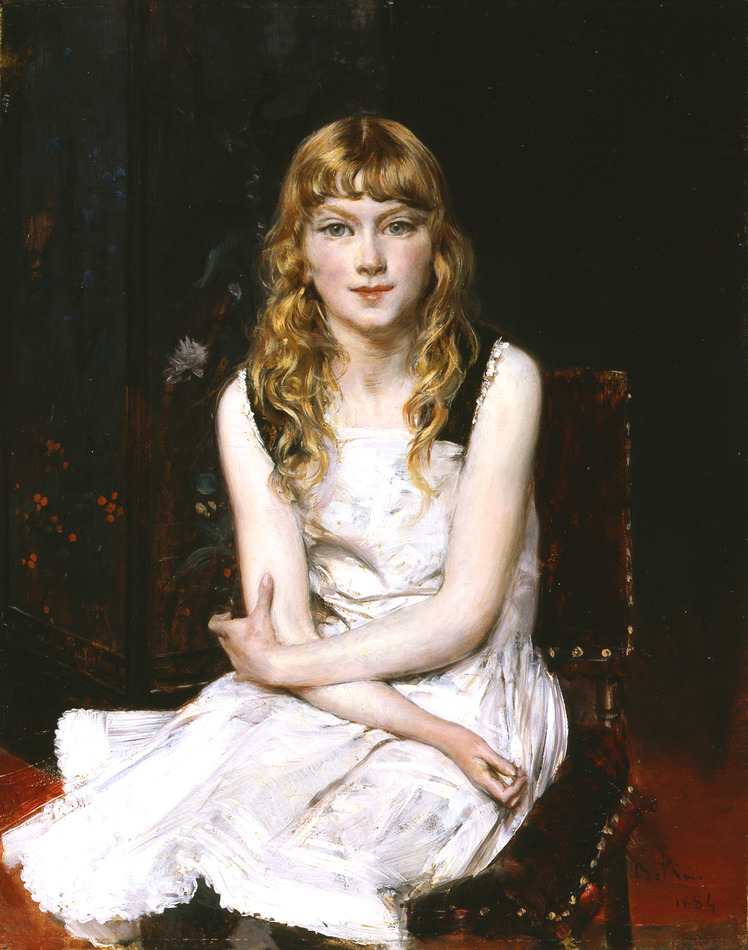 Giovanni Boldini was born in Ferrara, Italy, son of a painter. His immense talent as a painter was apparent from an early age, and by the age of 18 he was already painting the notable inhabitants of his native village. In 1862 he moved to Florence, where he quickly became part of the circle of the Macchiaioli, the Florentine branch of Impressionists, and of Signorini. At this time Florence was the international center of Italy, where the wealthy elite of Europe congregated, and Boldini made a name for himself among the social-elite. Not content with the Italian art scene, though, in 1869 he departed for Paris. The following year he traveled to London, where he earned immediate success and completed portraits of James McNeill Whistler and of the Duchess of Marlborough. When he returned permanently to Paris in 1871 the fame that he had developed in London followed him. Boldini became one of the most prized portraitists of the European art capital.