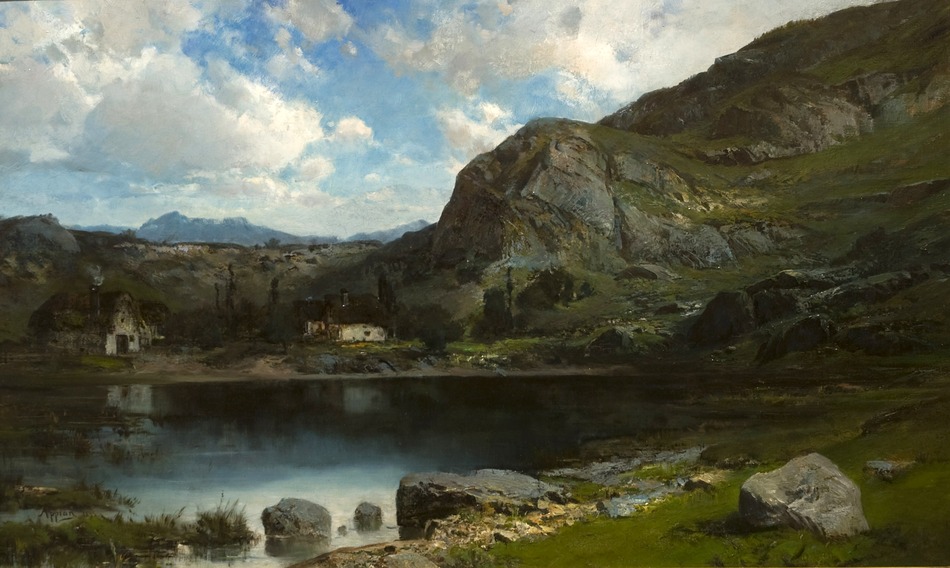 Appian was among the group of landscapists that formed around Corot and Daubigny during the 1850s and carried their tradition of plein air painting to the end of the 19th century. Appian was born in Lyon, where he began his artistic studies at the age of 15 at the Ecole des Beaux-Arts de Lyon. He began his career creating silk designs?Lyon was, of course, the center of silk production in France?and he opened his own silk design practice in 1842.

It was around this time that Appian met Auguste Ravier, who was also from Lyon, and by 1848 the two landscapists were painting together. By 1852, the pair was painting in the company of Corot and Daubigny at Barbizon. This period presented a significant turning point in Appian?s career: from 1853 Appian exhibited regularly at the Lyon and Paris Salons and began to live solely from his art. Appian returned to the forest of Fontainebleau several times over the next decade in 1854, 1855, 1856 and he painted in the company of Daubigny in 1857 at Marlotte and in 1859 at Optevoz. Appian and Daubigny maintained a close relationship and from 1859 Appian identified himself as a student of Daubigny and Corot at the annual Salon.

Although his time in Fontainebleau proved seminal in his career, Appian is best known for his images depicting the regions around his of his native Lyon?Ain, Auvergne, Savoy and the Pyrenees. He returned to this area in 1862 and from the 1870s painted this southern region with occasional trips to paint along the Mediterranean coast at Collioure, the Martigues, Villefranche, Monaco and Menton.

Like his contemporary Henri Harpignies (1819-1916), Appian was interested in a broad range of media, and was as active producing finished works in charcoal and etching as he was in painting. He joined the Société des Aquafortistes in 1865, and his etchings and works in charcoal are as prevalent in museum collections as are his paintings.