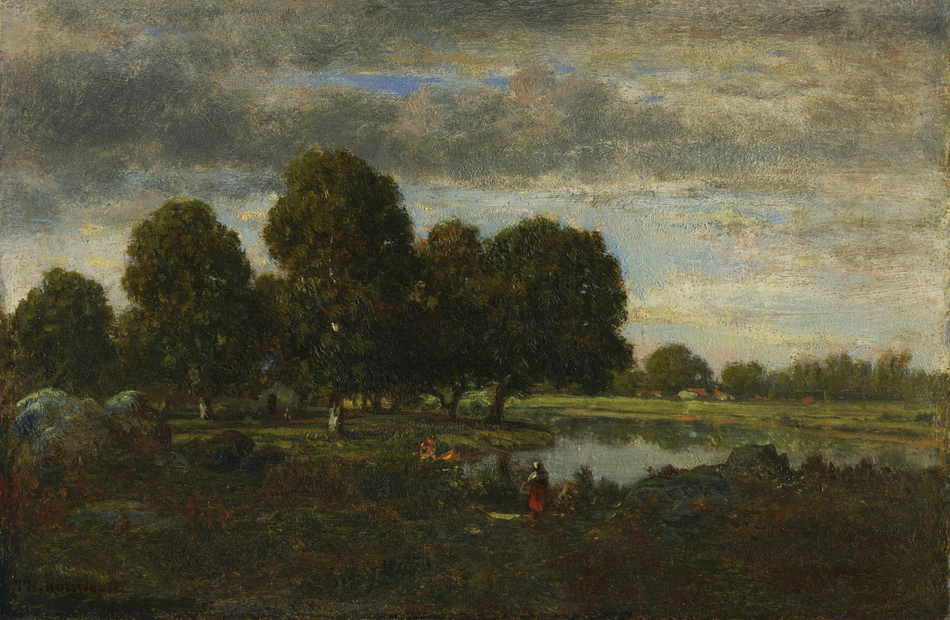 Figures at a Clearing, Barbizon

Work is accompanied by a photo-certificate from Michel Schulman