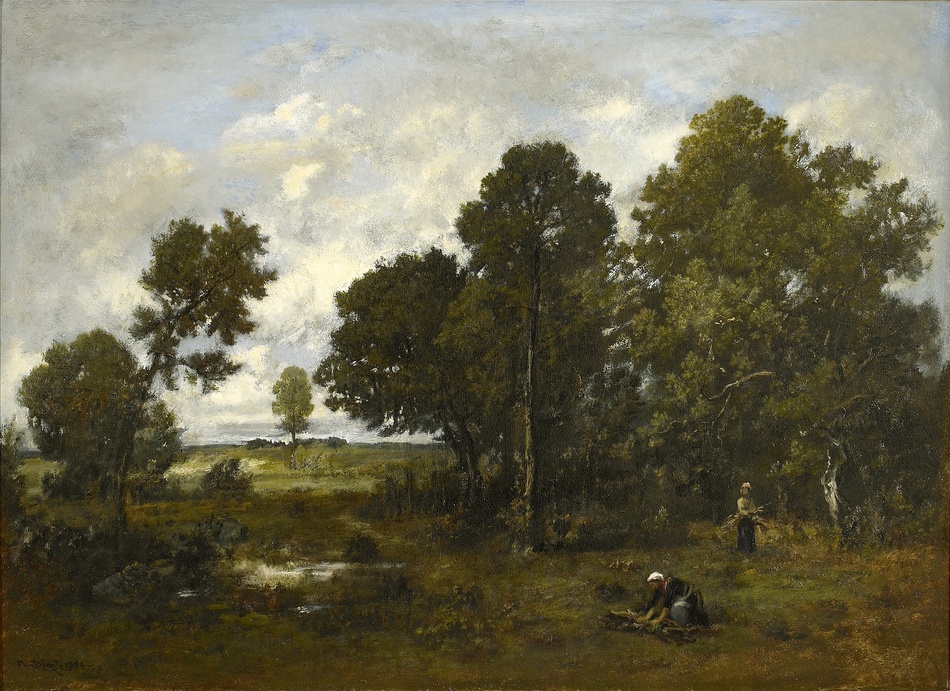 The current painting depicts a theme which Diaz treated numerous times throughout his career: woman wood gatherers at work. He painted such Fagotières in shady forest interiors, hidden among great oaks, in sunny clearings and in marshy plains. In the current work, one woman bends to compose her collection of tinder, while another pauses from her work to watch her companion. The figures stand at the marshy edge of a grove of trees, where a break in the tree line opens a view onto a grassy plain.

The painting was initially completed in 1863 and signed and dated by the artist. He then reworked the composition several months later, and resigned and dated the work 1864. According to Tom Yost of Yost Conservation,

The first signature was then lightly painted over, resigned and dated 1864 just slightly below the first signature. Over time, the paint used to cover the first signature has become semi-transparent, leaving the 1863 signature partially visible. This evaluation is further supported by the fact that other changes were made to the composition of the work by Diaz de la Pena. These changes include the reworking of distant figures, of the covering up and addition of new trees along the horizon as well as a change in the color along the horizon. Reworking of a painting is common practice by artists, but often goes unnoticed when the painting is not resigned and dated as in the case of this work.