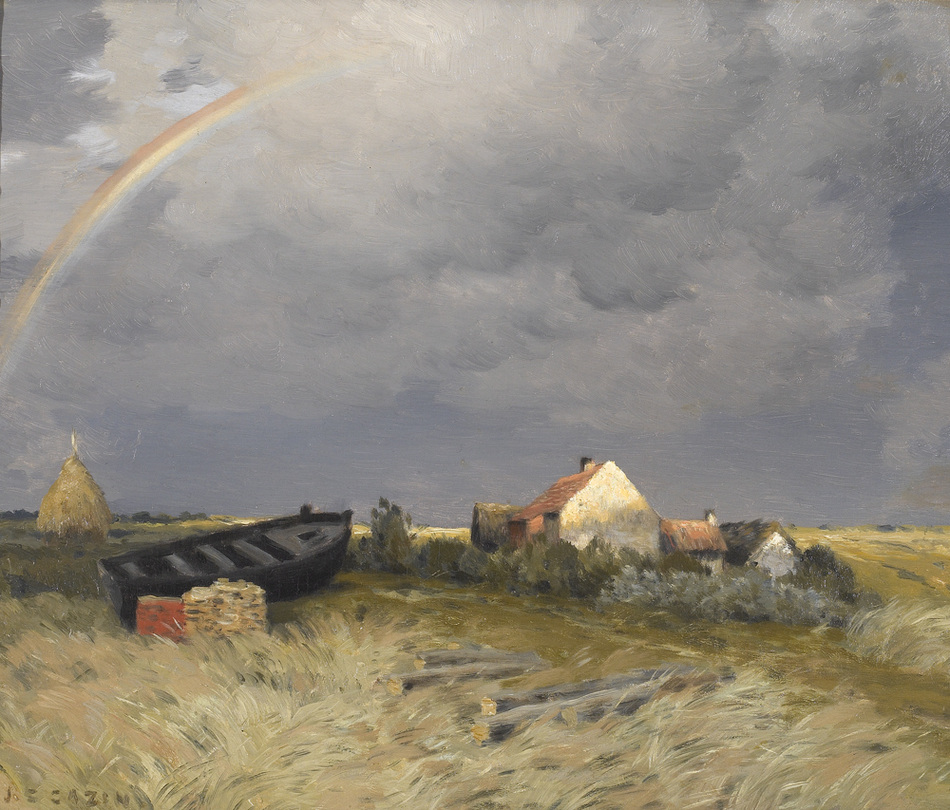 "In the manner of M. Cazin's painting we never remark rough impasto, the violence of the palette knife, or the caprices of the undisciplined brush. The aspect of his pictures is always attractive, and their suave and distinguished tone is often absolutely fascinating; the details are subordinate to the general unity; the picture is one and harmonious. M. Cazin's dream of life is sweet, tender, full of compassion…."

"With M. Jean-Charles Cazin we come to one of the most incontestable glories of contemporaneous French painting. I shall not be contradicted when I say that his landscapes constitute the principal attraction of our Decennial Exhibition…. In the same manner, M. Jean-Charles Cazin stands out among all contemporaneous French landscape-painters with all the grandeur of his genius."