In 1874 he went to Paris to complete his training under the tutelage of Michel-Martin Drolling at the Ecole des Beaux-Arts. A few months later Breton’s father became ill and died at Courrières. Breton left Paris to return home where the poor state of the family business interests forced the sale of the family furniture. At this time Breton began to feel a kinship with the local peasantry whom he had always loved, but with whom he had never really shared a social position. He began to paint subjects, which called attention to the plight of the poor and oppressed. It was with one of these paintings, Want and Despair (Misere et Desespoir) that he made his debut at the Salon of 1849.

By 1852, he focused his attention on landscape painting in the environs of Paris. However, an unimpressive showing at the Salon left him disheartened. The combination of discouragement and poor health caused Breton to return to Courrières. This move was a turning point in the evolution of the artist’s work. Leading a rustic life again awakened memories of a childhood spent playing in the fields and watching the peasants of the Artois region going about their labors. These memories of an idyllic rural life with their impressions of light and air became the foundation of his work and a source upon which he would draw for the rest of his career.

Breton’s first picture from this period was greatly admired at an exhibition in Brussels. At about this same time, he became engaged to Elodie de Vigne, the daughter of his former tutor. She posed frequently for him and was the model for the principal figure in The Gleaners, his first major composition of peasant life in Courrières. It was impressive enough, along with two other pictures, for the jury of the International Salon of 1855 to award him a third class medal.

Each year at the Salon his images of gleaners, harvesters and peasant women helped establish his reputation as the foremost painter of rural life. Along with several first class medals and, in 1872,the Medal of Honor, he was named a Chevalier of the Legion d’honneur in 1861, and in 1867 he was promoted to officer of the same order. His election to the Institut de France in 1886 solidified his status as one of the most respected painters of his day. This was the same year in which his painting, The Communicants, sold at auction in New York for $45,000, the highest price paid for the work of a living artist with the exception of a painting by Meissonier. In his later years, he became a prominent writer of poetry, as well as several autobiographies and critical works. Throughout his career, which spanned nearly sixty years, Breton painted with an idealistic vision of the beauty and harmony of the peasant laborer working the land. In tune with these thoughts, he lived a life of sober regularity - sure and balanced without serious conflict or great difficulty. He was respected by his peers for his intelligence, as well as his artistic and literary ability and achievements. His later years were spent balancing time between the busy energetic life of Paris and the tranquility and serenity of Courrières, where he worked in a garden studio at the family brewery. Breton died in Paris on July 4, 1906. 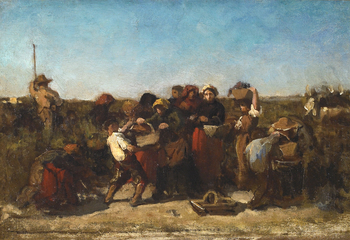 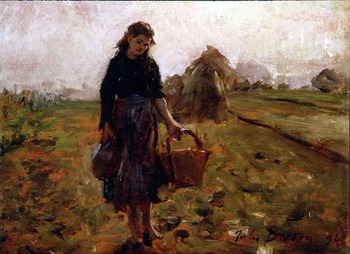 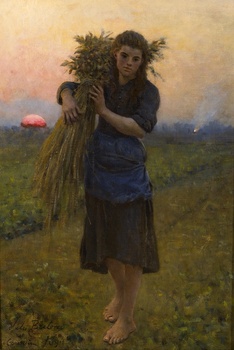 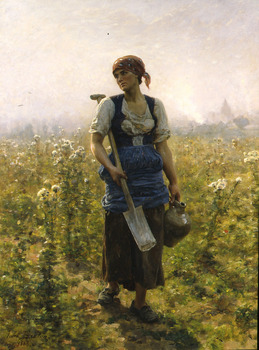 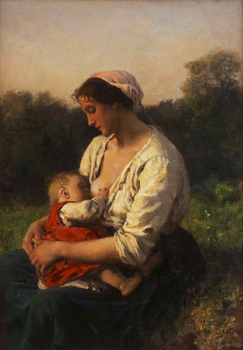 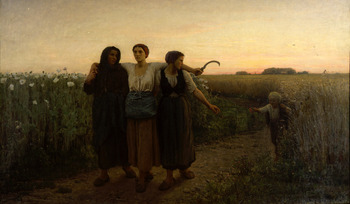 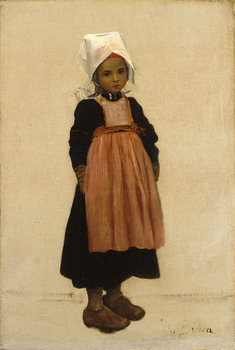