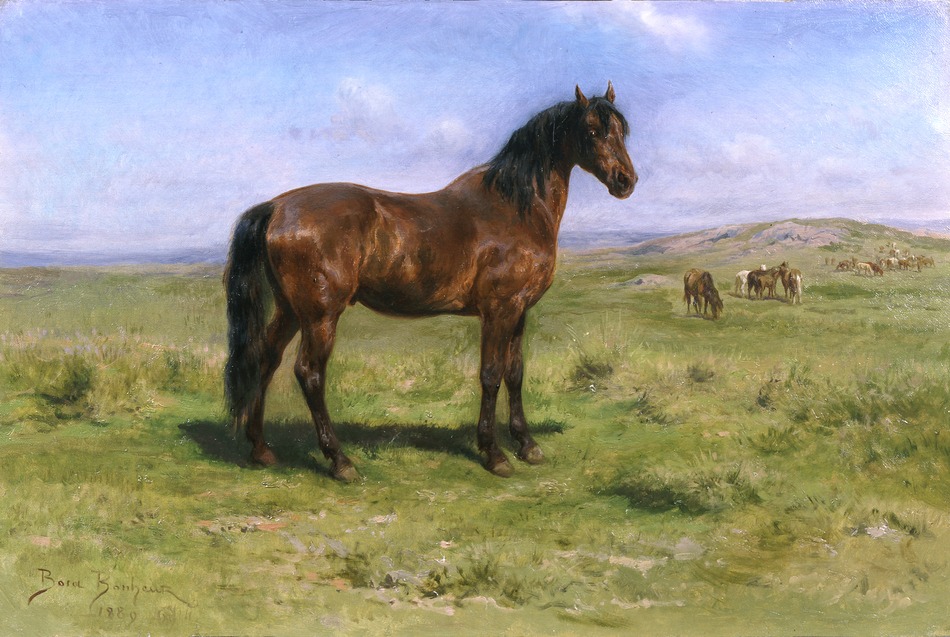 Annie Paule Quinsac has kindly confirmed the authenticity of this work.

While Rosa Bonheur’s oeuvre includes paintings of a broad variety of animals, both domestic and wild, from rabbits to dogs to elk, her most recognizable and widely known images are perhaps her paintings of horses. Bonheur made her career on works such as The Horse Fair (1853-55, Metropolitan Museum of Art), and continued to paint equine subjects on both a small and grand scale throughout the remainder of her career. In the current work, a wild bay stands in an open pasture, while other horses graze in the distance. Bonheur’s understanding of the animal is apparent in her depiction: the horse’s flickering, attentive ears, wide eyes and flaring nostrils show his wild mistrust at the viewer’s presence.